The exhibition of a young photographer Marija Mandić (*1990, Serbia) entitled July 32 presents selected photographs from the cycle of the same title. The imaginative title itself refers to recalling distant memories in the current space-time and attacks the idea of the possibility of accurate capturing of the events of the past. Both human memory and landscape change over time. A non-existent date in the calendar speaks about the desire for material visual projection of memories.

The work displayed in Gallery 2 consists of two parts. The first part represents the scan of an older personal document of citizenship with the inscription “place for a photograph“; when examining it, we become aware of history while having a feeling that certain representation — a specific image — is lacking. The artist allows us to fill the empty space with images of our own and to activate our imagination.

The impulse for creating the second part of the work was the author‘s interest in family history and the places where her grandparents come from. It is based on the idea that the place and the environment we grow up in co-create us as unique individuals. They become a reminder, and that is why we carry them with us in our memories throughout our lives.

Marija Mandić worked with the family photo archive and especially with the stories told by her grandparents. She listened intently to their stories of what their native and now distant region that they had left used to look like. The author recorded their memories in short descriptive texts. These texts subsequently served to her as a guide for finding and visually depicting the places in their memories located in the former Yugoslavia. She visited sites in Croatia, Bosnia, Montenegro and Kosovo, the ones her grandparents had described to her, sometimes in an overly detailed way. That’s how the cycle of black and white photographs accompanied by handwritten text — a guide to the mentioned places — emerged.

The photographic cycle July 32 represents the collision between the personal projections that we see in our mind’s eye when listening to the stories told by others, and the actual image affected by the ravages of time. Marija Mandić encountered this interconnection of the inner and the outer worlds even as she was working on the photographic cycle: “The discrepancies in what I have found and what I have learned about those place from my grandparents, revealed hidden narratives that tell about demographic, urban, and, by extension, also rural and social changes, confirming that these dislocations between remembrance and the actual situation of the place unquestionably show entanglement between the private and the public spheres of the site.“ The feeling of certain disappointment is replaced by the realization that we are balancing between the existing memories and the uncontrollable transformation of the world. In her creative work, Marija Mandić deals with individual and communicative memory and their mutual relationship in space. (Adéla Machová, curator)

About the artist and her actual art work wrote prof. Zdena Kolečková (full text see in the leaflet):

This Serbian artist who lives and works in Prague and Novi Sad visited the places her family members used to call “home”, originally spread across the former Yugoslavia and now are located in several Balkan states. The questions she asked herself at the beginning of her artistic research were related to the above-mentioned intersection of general history, specific historical events, and the destinies of the individual participants of these events. At the same time, she asked her relatives to participate in the research and to draw situation plans of their former houses, monitoring the extent to which the current situation, the historical reality, and the projection of the relatives’ memories and ideas matched.

The visitors of the exhibition are left to decide whether they will try to connect with their own broken family ties and forgotten historical contexts after seeing the installation. The author has no doubt that it is necessary to humbly listen to the past and have an open dialogue with it.

The exhibition is the outcome of the student grant project Balkan Trail UJEP-SGS-2019-46-003-2 supported by the Grant Board of UJEP. 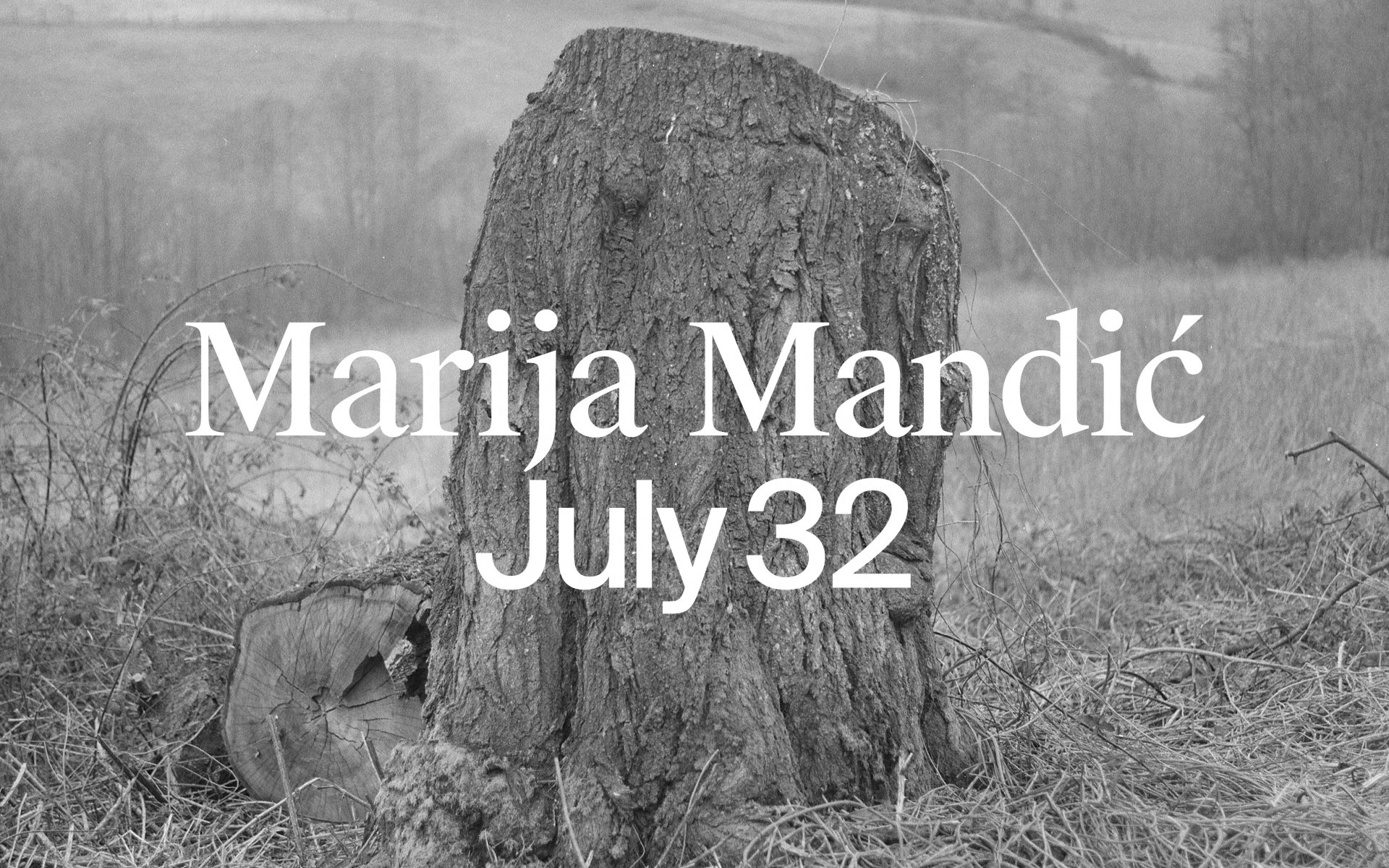 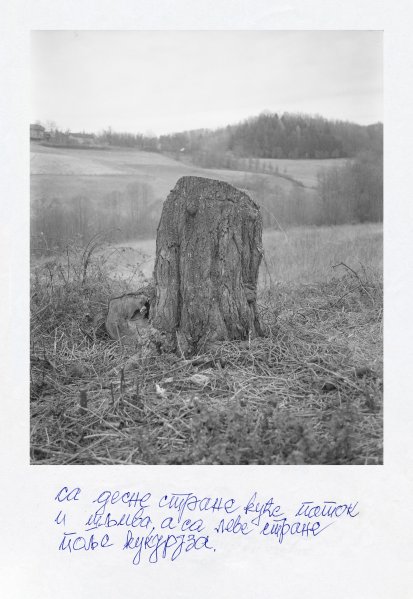 Marija Mandić, July 32 (2020, photography from a cycle July 32) / On the right side of the house a stream and a plum tree, and on the left a corn field 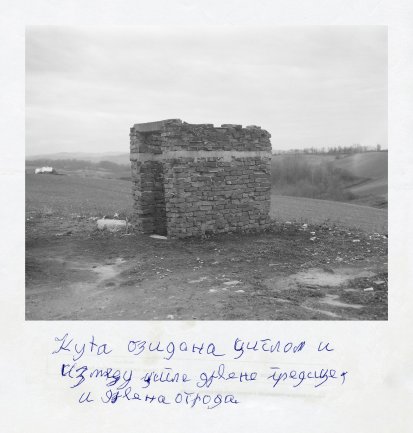 Marija Mandić, July 32 (2020, photograph of cycle Jly 32) / A house built of brick, and between the brick a wooden beam and a wooden fence