Guided tour with the artists and the curator will start at 5 p. m.

The Ústí nad Labem House of Arts is launching its program in the reconstructed seat with a group exhibition project entitled DISTURBED BALANCE REVISITED. The project concept came out of the mutual dialogue of historical works presented in 1993 by the establishing circle of Ústí nad Labem authors in two editions of the DISTURBED BALANCE exhibition — in the Municipal House in Prague and the Emil Filla Gallery in Ústí nad Labem, and completely new projects of younger artists born in the eighties of the twentieth century, who had the opportunity to get familiar with the atmosphere of Ústí nad Labem during their studies and this experience shaped their authentic creative attitudes. The mixture of the wide intergenerational artistic expressions is integrated by responding to the defining atmosphere of paradigmatic change and associated concerns, uncertainties, imbalances, but also engaged attitudes and fundamental responsible decisions in almost thirty-years-period and naturally different social contexts.

The starting points of the DISTURBED BALANCE REVISITED exhibition are shaped by the works of Jiří Černický, Jitka Géringová, Daniel Hanzlík, Zdena Kolečková, Pavel Kopřiva, Lucie Nepasická and Michaela Thelenová, which can undoubtedly be perceived not only as crucial for dynamic development of the authentic North-Bohemian nineties scene, but also firmly established in the national art historical discourse. However, this set of artworks doesn‘t present an exact reconstruction of an exhibition from a certain period, but rather defines a specific atmosphere arising from the beginnings of social transformation, which came up with a number of issues related to future political and economic development in the Ore Mountains foothills dynamized by the ecological destruction experience. A co-determining sense of this artistic circle was also the awareness of the deep historical and social uprooting as a result of the Sudeten Germans expulsion after World War II, both of which could not be discussed widely and without ideological sediments until 1989.

Exhibited authors, whose artistic views were co-shaped during their studies at the Faculty of Art and Design in Ústí nad Labem Jan Evangelista Purkyně University by the consequences of unfinished post-totalitarian transformation, which is also reflecting in current social tensions and climate crisis, respond to the situation with a similar experience of omnipresent uncertainty imprinted into the condition of younger post-revolution generation. Aid Kid, Daniela and Linda Dostálková’s, Antonín Jirát, Stanislava Karbušická, Marija Mandić, Richard Nikl and Ivana Zochová reflect on urgent environmental and social processes. There are significant aspects of awareness of disrupted natural balance in the various areas of individual existence as well as the broader community or natural framework.

The exhibition DISTURBED BALANCE REVISITED, organized within the opening of the entirely reconstructed building of the Ústí nad Labem House of Arts, follows one of the long-term program lines of this institution — contextualization of the local artistic environment. An important tool in this process is strengthening intergenerational belonging through exhibition projects presenting key personalities or movements of current local art scene from the last decades to the present, while emphasizing the full integration of local art into the national and international context. The Ústí nad Labem House of Arts naturally contributes to consolidation of its operation area as a confident and inspiring  contemporary art center with a pulsating scene, university education and art-institutional background.

Among other things, the representation of artists at the exhibition DISTURBED BALANCE REVISITED can also be considered as a symptomatic phenomenon in this context. While most members of the Ústí nad Labem generation who were born and raised in this region moved to larger art centers, especially Prague, for at least part of their studies and artistic careers, younger artists come to the north of Bohemia just to study at Faculty of Art and Design of the Jan Evangelista Purkyně University to integrate into the national artistic environment after graduation. The Ústí climate, its specific atmosphere and artistic milieu became not only a designated destination, but also one of the foundations co-shaping the development of the latest Czech fine art. The generation of young artists brings to the local atmosphere sensitivity to social, post-industrial and environmental issues. These topics with local contexts background are manifested with the ability to declare artistic and social attitudes representing shared responsibility for the community development, dignity and sustainability of each individual’s life and environmental balance.

The exhibition DISTURBED BALANCE REVISITED and the presented artworks are conscious commitment to these topics, which never completely disappeared from the local environment, as it was repeatedly dynamised by social exclusion, national xenophobia and post-industrial recession accompanied by repeated ecological devastation. The juxtaposition of two post-revolutionary artist generations shows many different expression strategies, but also reveals a common effort to reflect burning issues threatening the very essence of our social or fundamental existence. 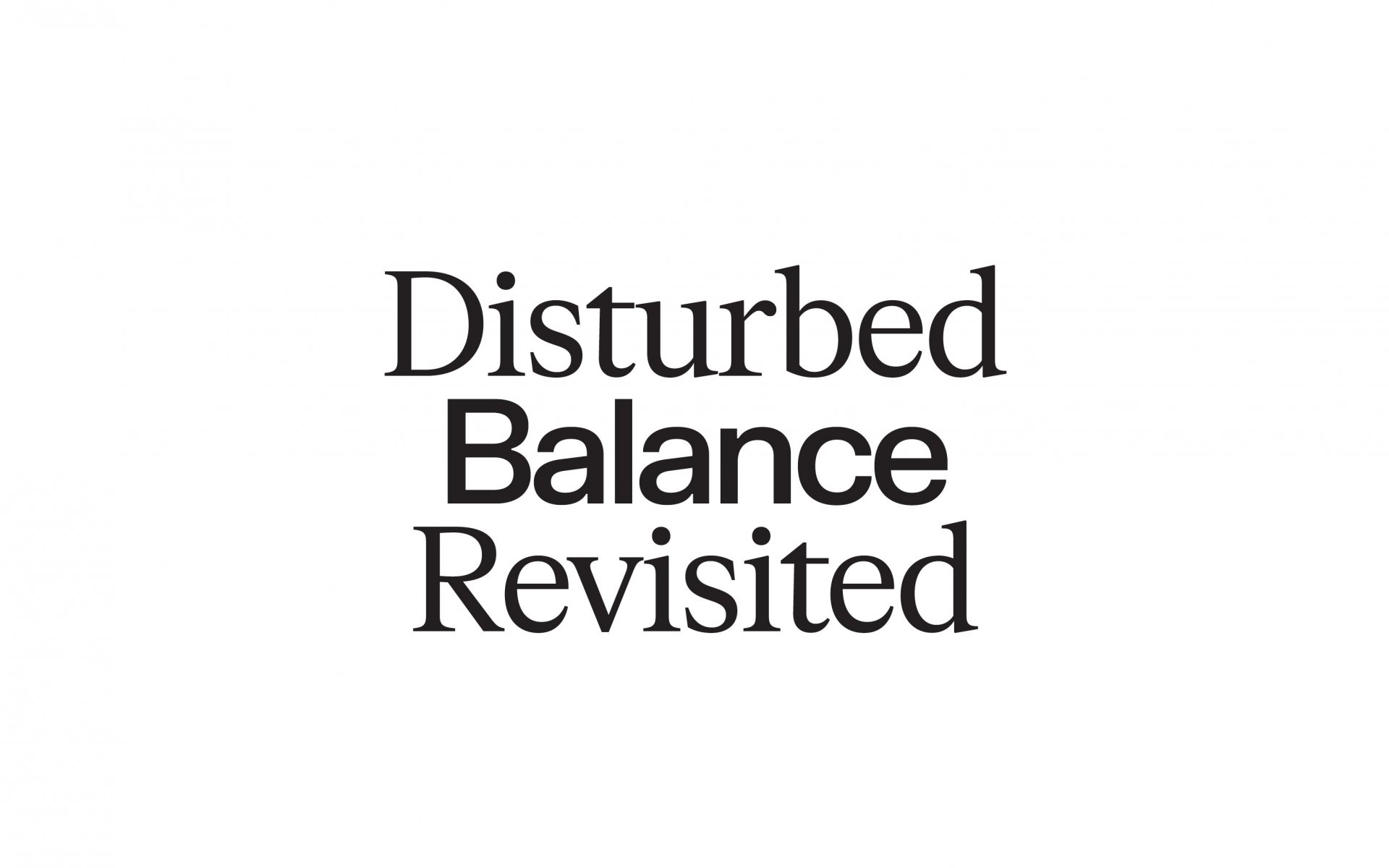 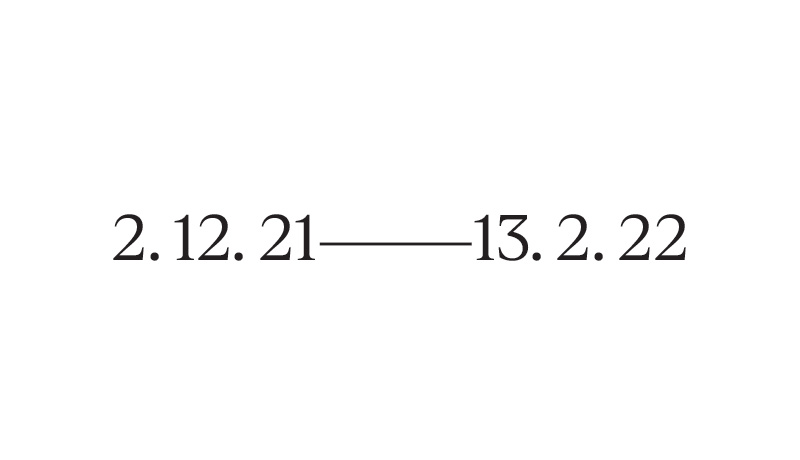 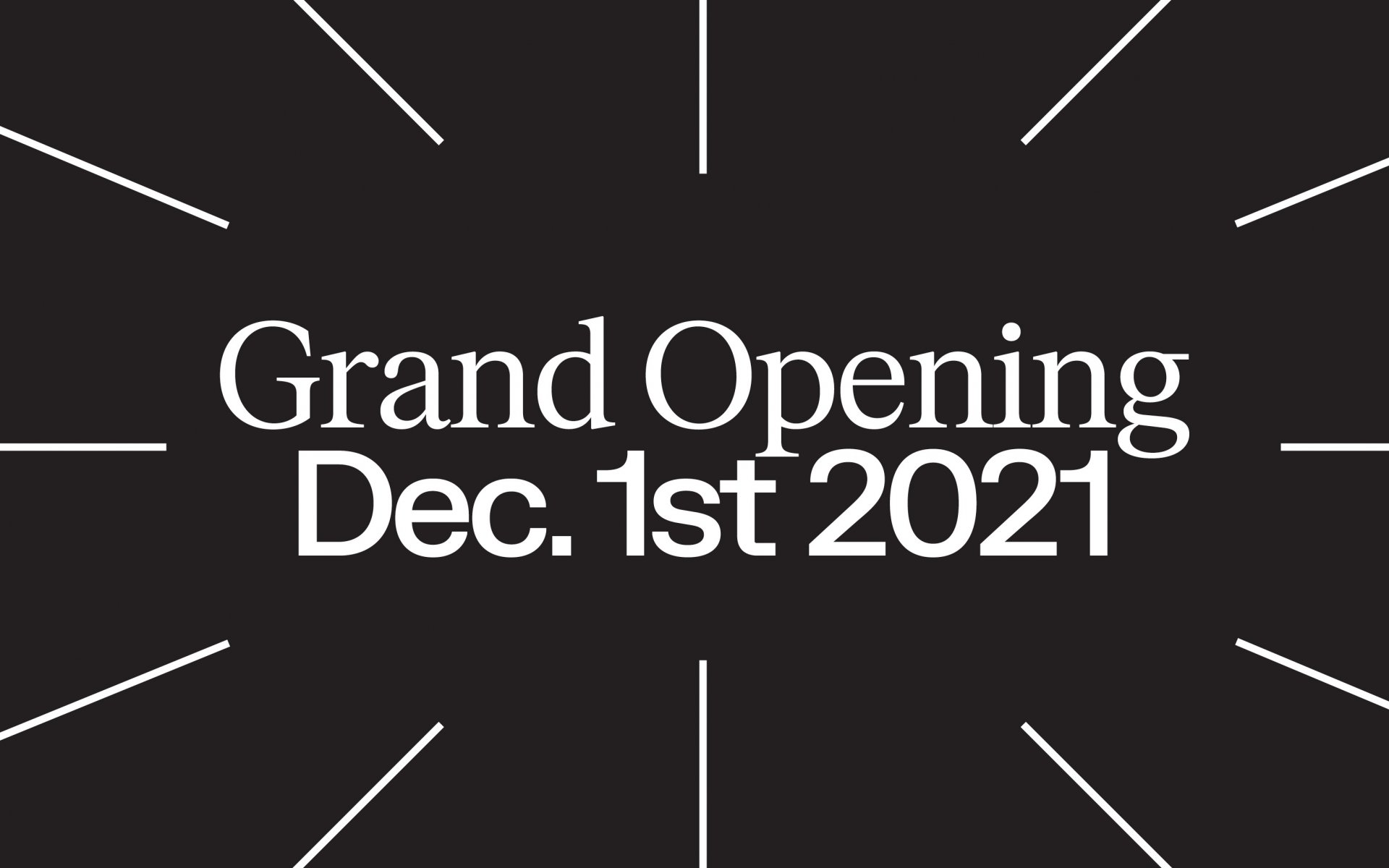 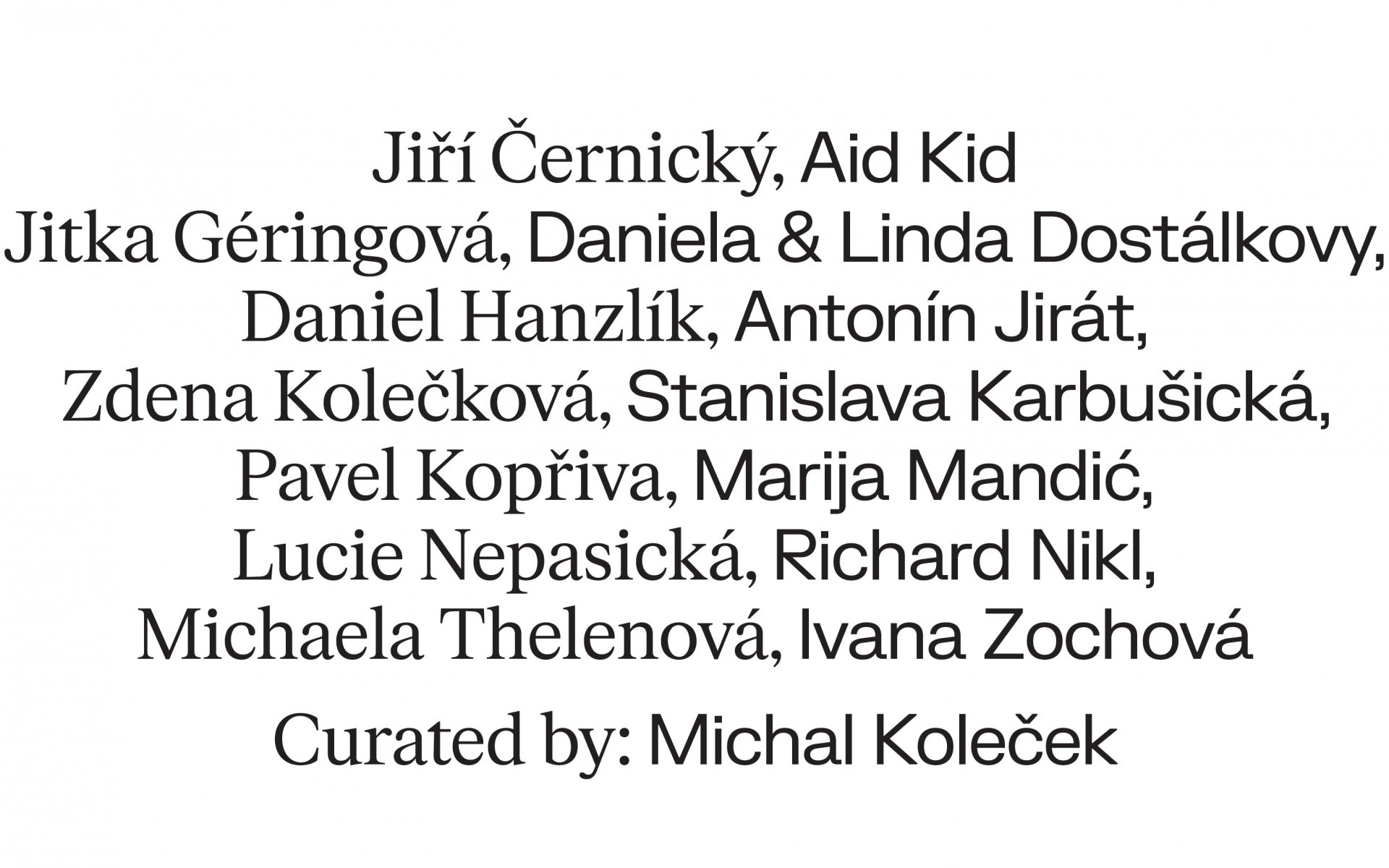 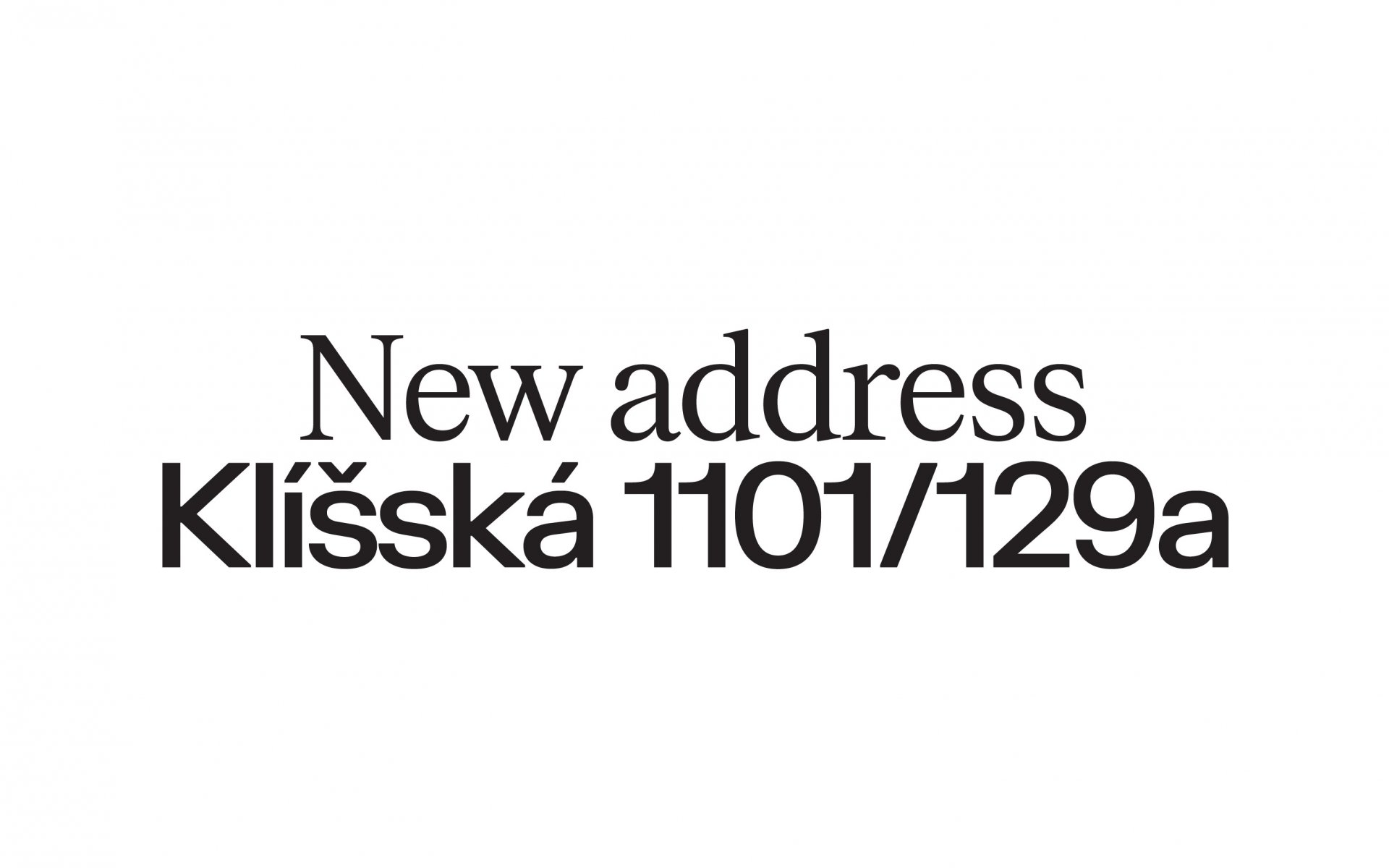 Artworks from the Disturbed Balance exhibition from 1993 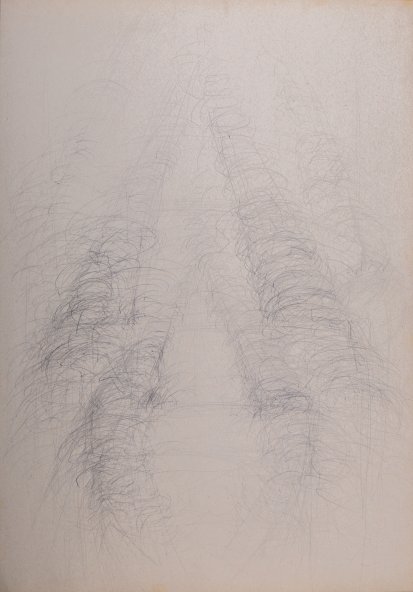 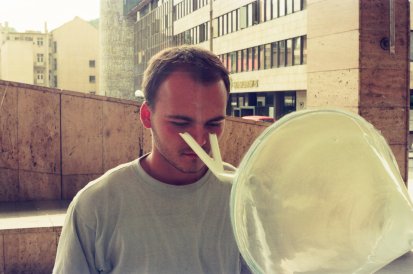 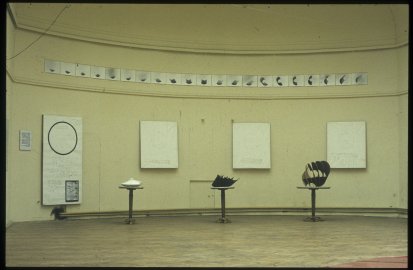 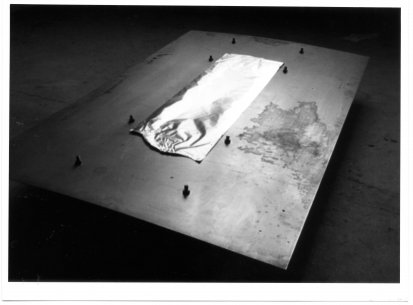 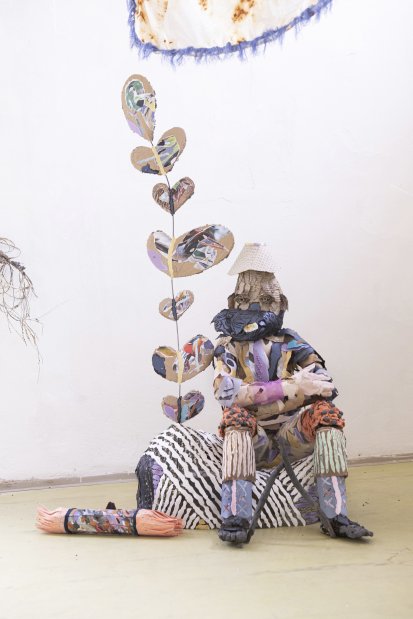 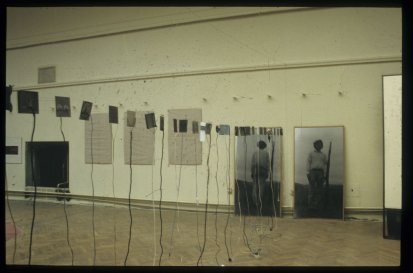 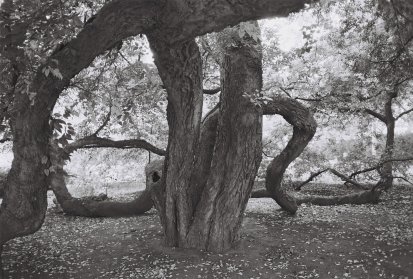 Marija Mandić - Knowing the past means understanding the future, 2021 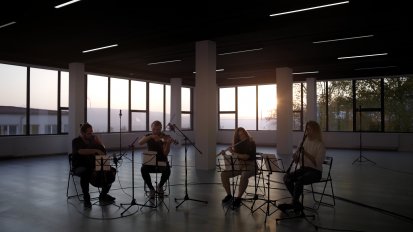 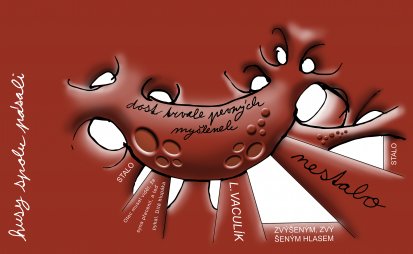